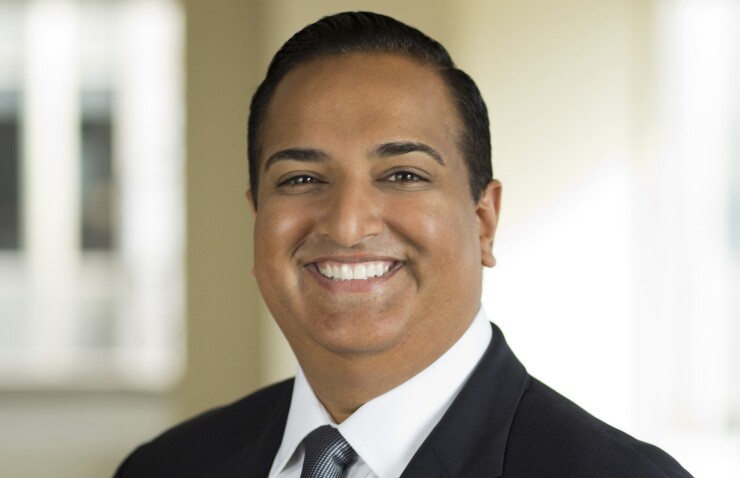 For the first time in more than a decade, Texas public school districts are heading to the municipal market to sell bonds without a cost-saving state credit enhancement.

Due to shrinking available capacity in the Permanent School Fund’s bond guarantee program, districts are being denied a triple-A-rated boost for their bonds, forcing them to issue debt based on their own credit ratings or seek private insurance for their deals.

Enticed by attractive interest rates, a slew of Texas school deals are scheduled to price this week, accounting for about $1.45 billion of the $5.5 billion new issue calendar, with only a $144 million Texarkana Independent School District issue carrying the PSF guarantee. That follows pricings last Wednesday of sizable deals for Dallas and Austin schools that illustrated the guarantee’s value in capturing lower yields.

Districts selling bonds without the state guarantee are seeing higher costs, according to Ajay Thomas, head of public finance at FHN Financial Capital Markets in Austin.

“I imagine the costs will only increase as the next several weeks unfold due to the volume of Texas K-12 bonds being issued and general market dynamics despite the current bond rally,” he said in an email.

Smaller school districts rated in the A category are the biggest concern, said Noe Hinojosa, CEO of Estrada Hinojosa & Company, who noted that even with bond insurance from the market’s two private providers, the spread versus PSF guaranteed bonds could be north of 20 basis points.

The PSF program’s projected available capacity, which stood at nearly $3.9 billion on June 30, was just $410 million at the end of November amid big demand from school districts flush with new bond authorizations fueled by the need to accommodate fast-growing student populations or replace aging facilities.

About $12.5 billion of school bonds received voter approval Nov. 8, according to election results posted on the Texas Bond Review Board’s website. In the May 7 elections, $10.4 billion of school debt passed, S&P Global Ratings reported in August. Some districts are preparing to put bond referendums on ballots this May.

The PSF program is capped at $117.32 billion under federal law. It last reached capacity in 2009, forcing the Texas Education Agency to stop accepting applications. It reopened in early 2010 after the Internal Revenue Service increased the limit in December 2009.

Instead of shutting down this time, TEA has said it expects to add capacity on a month-to-month basis as guaranteed bonds mature or are refunded and from districts that issue less than the par amount of debt approved under the program.

Districts with the lowest property wealth per average daily attendance are given top priority, the TEA said. Applications from wealthy districts and those with bond sales exceeding the available capacity face denial, although all can reapply on a monthly basis.

The program’s waning capacity spurred Dallas ISD to apply in October for the January sale, according to Darlene Williams, the district’s treasurer.

“The PSF guarantee did help our deal, and we also had 9-year calls versus 10-year,” she said in an email. “The district jumped into the market a day earlier than scheduled as there was increased appetite for PSF-guaranteed debt during the ‘flight to safety’ when the equities market dropped.”

The Dallas district’s $551.46 million of bonds were priced with a 2.29% yield in 2033, lower than the 2.36% 10-year yield in Austin ISD’s $544 million deal, which did not have the guarantee, but carries underlying triple-A ratings from Moody’s Investors Service and Kroll Bond Rating Agency.

Both deals were oversubscribed, but yields on the Dallas bonds were lower by 3 to 4 basis points on the shorter end and 5 to 8 basis points on the longer end compared to the Austin deal due to the PSF guarantee and other factors, according to Andres Diamond-Ortiz, a managing director at Estrada Hinojosa, which was a financial advisor for both deals.

Austin’s issue was the district’s first to tap a record $2.44 billion of bonds approved by voters Nov. 8.

Investors now face a scarcity of guaranteed Texas school debt coveted for its security and liquidity. In the event of a default, which has never happened in the history of the program, bondholders are paid by the Permanent School Fund and that money is then taken out of a district’s next state aid payment.

Still, the non-guaranteed bonds “present an opportunity for investors to diversify their credit risk beyond PSF, and also to pick up a little incremental yield,” according to Patrick Luby, senior municipal strategist at CreditSights.

The lack of a guarantee could force some investors to do their homework before purchasing school bonds.

“We always review the underlying credit, but it is likely that there are a lot of investors who don’t review the credit as intensely when PSF is backing the bonds and will have to scrutinize it more if it comes to the market without any enhancement,” Dan Solender, director of tax-free fixed income at Lord Abbett, said in an email.

The AA-rated insurance, which cost the district $215,000 compared to just $1,500 for the state guarantee, and favorable market conditions helped the deal, according to Ted Christensen, president of Government Capital Securities Corporation, Sands’ municipal advisor.

“We were basically able to salvage the deal with the budget that the district was hoping for despite not getting (a PSF guarantee),” he said.

Charter schools that fail to get the guarantee for their bonds may have to wait for the program’s cap to increase because of the difficulty in getting insurance, Christensen said. School districts could also consider short-term financing in the interim with the expectation that debt could be refinanced with PSF-backed bonds down the road.

“Current rules are if you don’t have PSF insurance on the original bonds, you cannot refinance them with PSF-insured refunding bonds,” Christensen said. “But they made an exception after the last shutdown and said ‘we know you couldn’t get it so you can do a refunding with PSF on a non-previously insured bond.'”

Jake Lawrence, a vice president at Government Capital Securities who worked on the Sands deal, said it included a 10-year call with an eye toward a future refunding.

Meanwhile, costs are piling up until a fix is found on the federal level.

“This is going to cost state of Texas taxpayers millions of dollars, there’s no doubt,” Lawrence said.