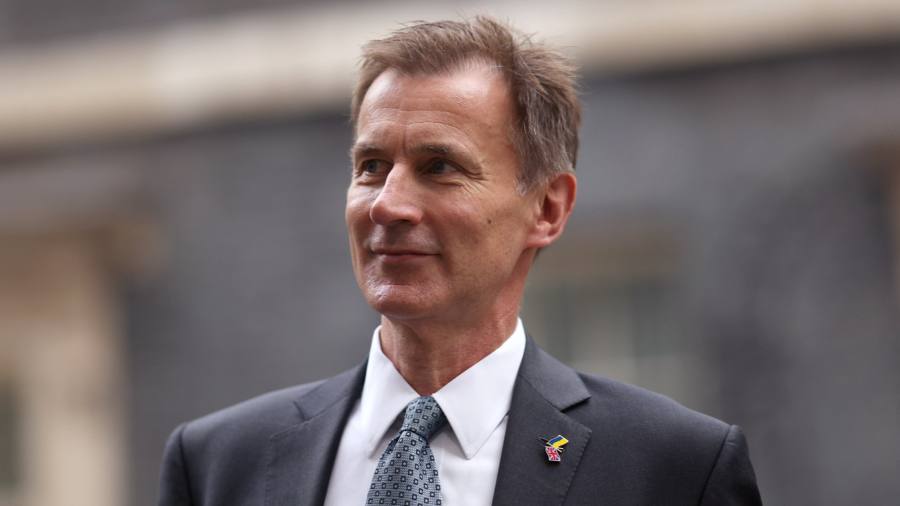 UK chancellor Jeremy Hunt has delayed the date for his long-awaited debt-cutting plan from October 31 to November 17, as calmer markets gave the government some economic breathing space.

Rishi Sunak, the new prime minister, has cleared the way for painful cuts and tax rises to plug a fiscal hole of between £30bn and £40bn, including the possibility of real-terms cuts in pensions and benefits.

Hunt announced on Wednesday morning that he would hold a full Autumn Statement, including official forecasts, on November 17 and has warned of “eye-wateringly” difficult choices to come.

City traders say Sunak and Hunt have created a “dullness dividend” by calming markets after the chaos of Liz Truss’s short premiership, which has led to lower government borrowing costs.

This means that the fiscal gap will be smaller than previously thought. However, the scale of the challenge is still enormous: Sunak warned on Tuesday that the country faced “a profound economic crisis”.

On Wednesday Sunak refused to commit to uprating benefits in line with inflation, while Downing Street refused to say whether the “triple lock” on pensions contained in the 2019 Tory manifesto remained sacrosanct.

Last week Truss said the triple lock, under which the state pension is increased every April in line with the highest of inflation, wage growth or 2.5 per cent, would stay in place.

However, Sunak insisted, on his debut at prime minister’s question time: “I will always protect the most vulnerable.” Pensions will rise by 10.1 per cent next April, in line with September’s inflation rate, unless Sunak changes course.

The most significant savings for Hunt could be had by limiting spending on public services in the period after current spending plans expire in 2024-25. Labour has said this would mean years of austerity.

If the government maintained real increases in spending, it could still save about £10bn a year by 2027-28, rising to £20bn a year if it opted for flat spending plans in real terms.

The government’s borrowing costs rose slightly in response to the announcement of the delay to the debt cutting plan, before a global bond rally pushed them lower again. The yield on 30-year gilts climbed as much as 0.11 percentage points before falling back to 3.67 per cent, little changed on the day.

Yields remain well below the levels reached on Friday, before Sunak emerged as the sole candidate to replace Truss as prime minister.

Hunt’s allies said the delay to the fiscal plan — now officially an Autumn Statement — would allow the independent Office for Budget Responsibility to reflect stability in the bond markets when making its forecasts on the public finances.

The OBR said on Wednesday that it would have had to use financial market and energy price data from the “early to the middle part of October” if the fiscal statement had been on October 31.

This would have significantly pushed up the forecasts for government debt interest costs because the period spanned dates of deep stress in the gilts market.

However, the new date will complicate the interest rate decision of the Bank of England, due on November 3. BoE governor Andrew Bailey said the central bank would be “flying blind” if it had to set interest rates before knowing the government’s budgetary plans.

November 17 is the fourth date given by the government for the crucial medium-term fiscal plan, which is expected to set out a five-year programme for bringing borrowing under control.

Meanwhile Robert Stheeman, who is responsible for handling bond sales on behalf of the government, told MPs that the chaos in the gilt market following last month’s “mini” Budget was “without a shadow of doubt” a result of homegrown factors.

Truss and Kwasi Kwarteng, former chancellor, had claimed their economic policies were knocked off course by global events, although they admitted they had failed to prepare the ground for their radical £45bn debt-funded tax-cutting plan.

Top Stock Picks for the Week of June 17, 2019
China’s economy looks set for a rebound in 2023, but a lot depends on one variable, KraneShares says
Rent prices have dropped the most in these 5 U.S. metro areas. Why it’s cheaper to rent in many markets
Stocks making the biggest moves midday: American Express, Intel, Silvergate Capital and more
More detail on what exactly caused NYSE’s trading glitch on Tuesday