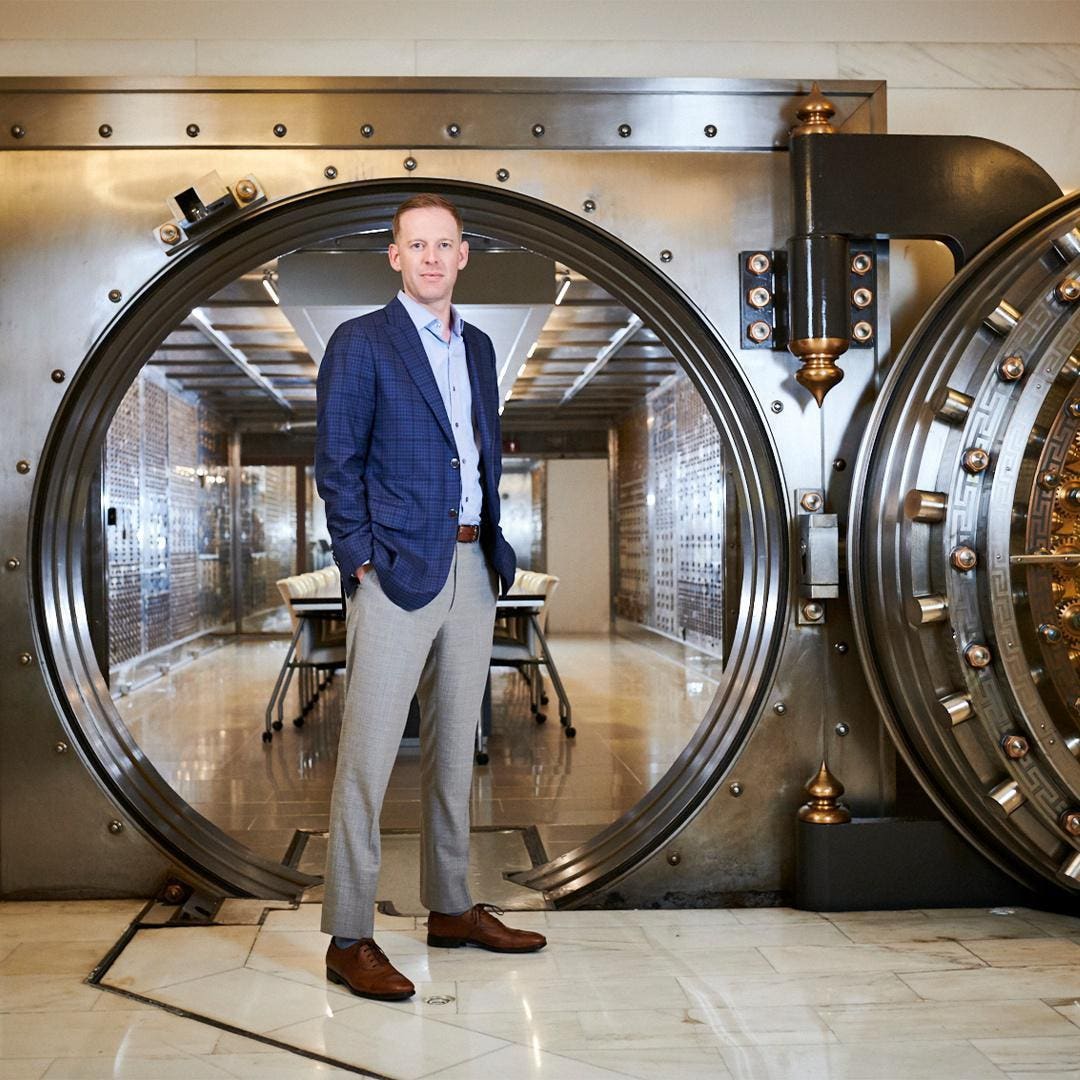 There was such fanfare when Bill Smith, founder and CEO of furnished apartment rental firm Landing, relocated the company’s headquarters to his hometown of Birmingham, Alabama, from San Francisco in June 2021 that a ceremony announcing Landing’s arrival featured Governor Kay Ivey, who offered tax breaks in exchange for Landing’s promise of 816 local jobs.

This month, everything changed. Landing laid off 110 people as part of a restructuring, including 77 people who worked at Landing’s downtown Birmingham headquarters, representing about 30% of the staff there, Smith told Forbes by email. Meanwhile, Landing had beefed up its operations in Mexico City, where wages are far lower. The Mexico staff now represents more than 100 people, or roughly 20% of the company’s total workforce, which Smith said is about 500 employees following the layoffs.

For Birmingham, a city of 200,000, each startup that chooses to relocate or set up shop there is a big deal. The city, once an epicenter of the steel industry, has struggled to rebuild its downtown where vacant lots sit blocks away from bank headquarters and gleaming office buildings. The city was a stop on Steve Case’s Rise of the Rest tour in 2018 and has been working to lure more tech firms ever since. “A lot of excitement about Landing in the Magic City,” CBS 42 anchor Sherri Jackson said in a TV segment at the time of Landing’s relocation.

To lure Landing, the state of Alabama offered an annual refundable credit of 4% of the new Alabama-only jobs payroll as a performance, pay-as-you-go incentive. The company could be subject to clawbacks of those incentives if it failed to reach a minimum of 784 jobs in Birmingham by the end of 2026, Alabama Secretary of Commerce Greg Canfield told Forbes by email. However, the Department of Commerce’s expectation is that Landing will continue to add jobs in the state over time.

“The layoffs announced have been represented as a restructuring of centralized operational positions into decentralized regions within the markets Landing is serving,” Canfield wrote. “Restructuring in this manner is not an uncommon business practice and we expect Landing will return to job-growth mode in Birmingham over the near- to mid-term.”

Smith said in the email that he remained “confident” Landing could meet the long-term goals that had been set to receive the incentives. “We remain deeply committed to Birmingham’s success and growth as an emerging tech hub, and we value the ongoing partnership,” he wrote.

Smith, 36, made a fortune with his previous business, online grocery delivery service Shipt, which he sold to Target for $550 million in 2018. He founded Landing in 2019 to appeal to people who wanted the flexibility to live in different places—and to move easily. Its members, who pay $199 a year, have fast access to move-in-ready apartments with the flexibility to rent for as little as one month. Its own employees were required to work in the office.

Landing does not own the apartments it rents, but leases them from mega-landlords like American Landmark and Northwood Ravin and outfits them with its own furniture and furnishings only after a would-be tenant expresses interest. That on-demand business model keeps Landing’s costs low as the empty apartments are off its balance sheet, but it also raises operational questions about how to handle situations where would-be tenants want apartments that are no longer available, as well as how to set up and clean those apartments efficiently.

Former employees told Forbes the job cuts were particularly painful because of the rapid hiring in Mexico City. Landing’s managers traveled to Mexico to train the new employees while its career board listed open roles for home-quality specialists and customer-service representatives at the same time the company was letting people go. “Everything had been going to Mexico for months,” a former Landing employee said.

Landing first set up operations in Mexico in 2020 and a total of 100 people worked there prior to the restructuring, according to Smith. As part of the reorganization, he said the firm created 14 new roles in Mexico and eliminated seven there. While the company rents furnished apartments on flexible leases in numerous U.S. cities, and has been especially popular in Sunbelt locales like Phoenix and Las Vegas, it does not currently offer rentals in Mexico City. “Our vision for Landing is to create a global brand for flexible living,” Smith wrote in the email to Forbes. “As we’ve scaled the company, we’ve built a global workforce with employees in multiple countries, Mexico included.”

At the time of the layoffs, Smith said that Landing’s revenue projection for this year—$200 million, up from $83 million last year—remained unchanged. The company, which Forbes profiled this summer as part of this year’s Next Billion-Dollar Startups list, raised $237 million in venture funding from Foundry Group, Greycroft and others at a recent valuation of $475 million. Its most recent round of funding occurred just months before the layoffs.