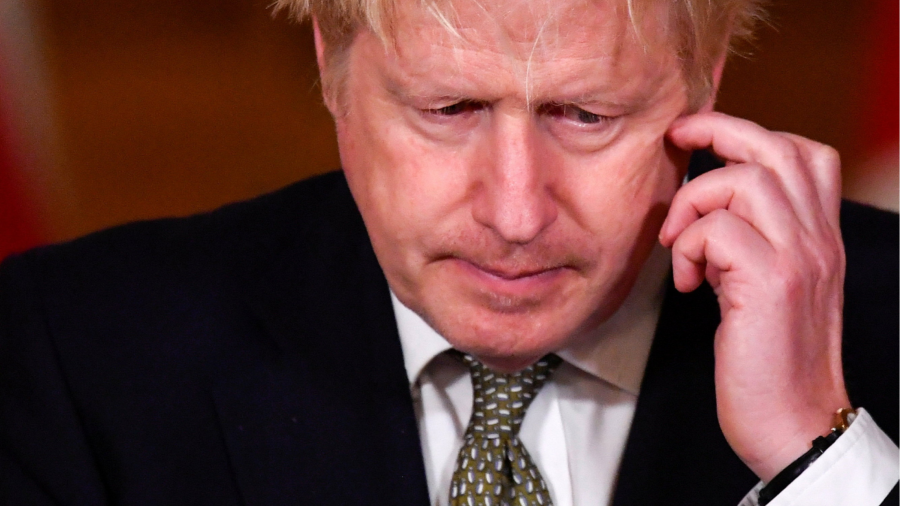 Boris Johnson has pulled out of the race to become Britain’s next prime minister after his campaign stalled and rivals claimed he did not have the backing of the 100 Tory MPs needed to enter the contest on Monday.

Despite frantic attempts by Johnson to bolster his support, he announced at 9pm on Sunday that he was abandoning his bid to make a comeback as prime minister just weeks after he quit Number 10.

His withdrawal from the contest leaves former chancellor Rishi Sunak as the clear frontrunner to succeed Liz Truss as Conservative leader and prime minister, possibly as soon as Monday.

In a statement released on Sunday evening, Johnson insisted he had the support of 100 MPs — plus a proposer and seconder — but he had withdrawn in the best interests of the Conservative party and country.

“I believe I am well placed to deliver a Conservative victory in 2024 — and tonight I can confirm that I have cleared the very high hurdle of 102 nominations, including a proposer and a seconder, and I could put my nomination in tomorrow,” he said.

One member of Sunak’s camp countered: “That’s obviously not true.”

During the course of the day Johnson had struggled to publicly win over more than a handful of new supporters. An FT tracker of his declared backers gave Johnson a tally of 52 MPs whereas Sunak had topped 144.

Sunak’s only declared rival for the job, leader of the House of Commons Penny Mordaunt, is backed by fewer than 30 Tory MPs.

If she does not reach the threshold of 100 nominations by 2pm on Monday, Sunak will become prime minister.

Sunak on Sunday won the backing of Jeremy Hunt, who is expected to remain as chancellor in a Sunak administration. Hunt is due to deliver a crucial debt-cutting plan on October 31.

On Sunday night there was a fierce debate within Mordaunt’s camp over whether she should immediately give her support to Sunak, in the interests of party unity, or continue to seek the backing of 100 MPs to trigger a contest which would go to the party membership this week.

Johnson said in a statement that his withdrawal — only 12 hours after he had urged supporters to redouble their efforts to get him on to the ballot — was entirely altruistic.

“A general election would be a further disastrous distraction just when the government must focus on the economic pressures faced by families across the country,” he said.

Tory MPs in rival camps believe that Johnson’s claim to have secured 100 backers might have been disproved when nominations closed on Monday. Johnson said he would have won once the contest was thrown open to members of the party to vote on the final two candidates.

“There is a very good chance that I would be successful in the election with Conservative party members — and that I could indeed be back in Downing Street on Friday,” he said.

“But in the course of the last days I have sadly come to the conclusion that this would simply not be the right thing to do. You can’t govern effectively unless you have a united party in parliament.

“And though I have reached out to both Rishi and Penny — because I hoped that we could come together in the national interest — we have sadly not been able to work out a way of doing this.

“Therefore I am afraid the best thing is that I do not allow my nomination to go forward and commit my support to whoever succeeds. I believe I have much to offer but I am afraid that this is simply not the right time.”

Johnson’s decision to pull out came as a shock to some of his supporters. Nadhim Zahawi, Cabinet Office minister, had written an article supporting Johnson’s candidature that was published minutes before the former prime minister pulled out of the contest.

On hearing the news, Zahawi tweeted that “a day is a long time in politics” and transferred his support to Sunak.

A spokesman for Sunak’s campaign said: “We are not taking anything for granted. Rishi will be continuing to talk to colleagues tomorrow morning before nomination papers go in, and discussing how best to unite the party and take the country forward.”