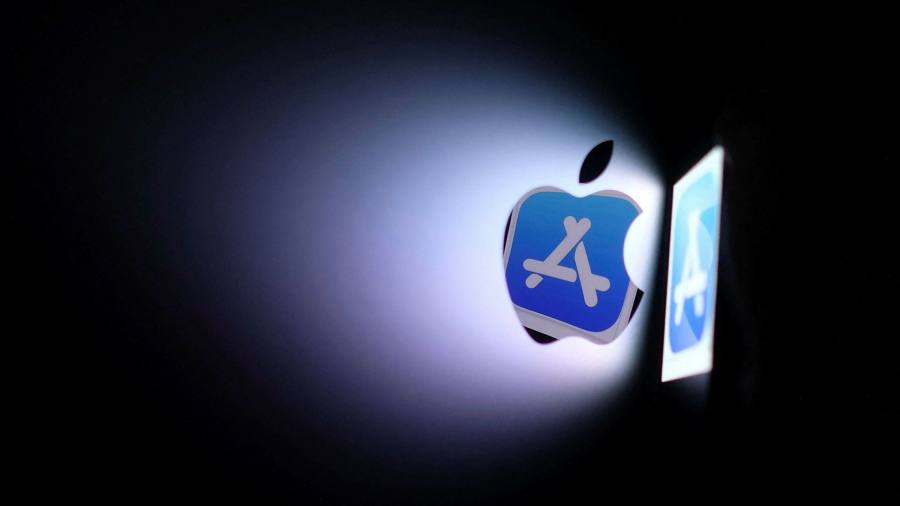 The US judge presiding over Epic Games’ high-profile antitrust case against Apple declined to give either side a full victory.

Kate Adams, Apple’s chief counsel, called the verdict “a huge win”, pointing to the court’s ruling that “Apple is not a monopolist under ‘either federal or state antitrust laws’”.

However, the iPhone maker is being forced to let developers in the US bypass the App Store’s in-app payment tool by including links or directions to “purchasing mechanisms” outside of the platform.

Apple has not decided if it will appeal. But if the judgment is upheld it would imply that more than $60bn of App Store transactions per year will soon be open to competition — potentially depriving the iPhone maker of billions in high-margin revenue thanks to the 15-30 per cent charge critics call the “Apple Tax”.

Still, Epic, which makes the popular Fortnite game, was unsatisfied and confirmed it will appeal against the decision. What it really wanted was a frictionless in-app payment mechanism that deprived Apple of its cut, rather than the ability to hyperlink to a payment website outside of the app.

Epic also wanted to skirt around the App Store entirely and allow people to download its game to their devices much as they do on a PC. And it wanted the judge to declare Apple an illegal monopoly. It lost both arguments.

Here are four key quotes to emerge on Friday:

While the court fell short of declaring Apple an illegal monopoly, it was clear that it engaged in anti-competitive conduct that needed to be remedied.

Developers have complained for years about such conduct. Players of Fortnite, developed by Epic, were able to purchase an in-game currency known as “V-bucks” online, but these credits would not show up when playing on the iPhone.

Gonzalez Rogers’ remedy would change this — a notable win even if it does not fully satisfy Epic.

Earlier this month Apple made a concession for “reader apps” that would allow the likes of Netflix and Spotify to be paid directly by consumers so long as it is outside of the app. Friday’s ruling, in effect, extends this to gaming apps which account for more than 70 per cent of all App Store revenues.

2. “Apple provides a safe and trusted user experience on iOS, which encourages both users and developers to transact freely and is mutually beneficial.” González Rogers

When Apple calls the verdict “a huge win”, this is what it points to.

Apple’s entire business relationship with thousands of developers was on trial, and the court found its framework to be both valid and pro-competition. Its security measures and App Review process — all dismissed by Epic as “security theatre” — were deemed a rigorous “competitive differentiator for Apple”.

It is easy to imagine Apple quoting in court rooms around the world Gonzalez Rogers saying that it and developers “symbiotically benefited from the ever-increasing innovation and growth in the iOS ecosystem”.

3. “Nothing other than legal action seems to motivate Apple to reconsider pricing and reduce rates.” Gonzalez Rogers

Despite not finding that Apple is a monopolist under either federal or state antitrust laws, Gonzalez Rogers did not let it entirely off the hook.

She scolded the company for anti-consumer behaviour, agreed with Epic’s experts that App Store margins were “extraordinarily high” at more than 72 per cent, and said the gaming sector was unfairly subsidising the rest of the developer community.

In the quote above, she took issue with a comment by Tim Cook, chief executive, that Apple had cut certain fees in half to 15 per cent out of sympathy for hardship during the coronavirus pandemic and a desire to foster competition. She cited executives acknowledging the decision was also about looming litigation.

4. “Today’s ruling isn’t a win for developers or for consumers. Epic is fighting for fair competition among in-app payment methods and app stores for a billion consumers.” Tim Sweeney, Epic Games chief executive

The chief executive’s tweet, and confirmation that Epic will appeal the ruling, suggests that the final outcome from this argument is at least a year away.

Among the losers are Fortnite fans, as Sweeney said Epic has no plans to reinstate the popular game on iPhones until it “can offer in-app payment in fair competition with Apple”.

Apple was unequivocal that its in-app payment will not be offered to any third party, nor did the judge find it necessary to include that in her ordered remedy.

Overall, and despite Epic’s declaration that it will appeal, the lawsuit is bringing the biggest forced change to the iPhone since it was launched in 2007.

The verdict is likely to “be hugely beneficial for software companies, who can now sell their products on iOS without having to hand Apple 30 per cent of every sale,” said Christian Owens, chief executive of revenue delivery platform Paddle.

He added that Apple’s enthusiastic support of the verdict may be strategic given the intense pressure it has come under from developers and antitrust bodies around the world.

“When you’re in a fight, you fight, but when it looks like the whole world is going against you, you embrace the change,” he said. “Apple has millions of developers, and thus a logical reason to get back into the good graces of the developer community.”