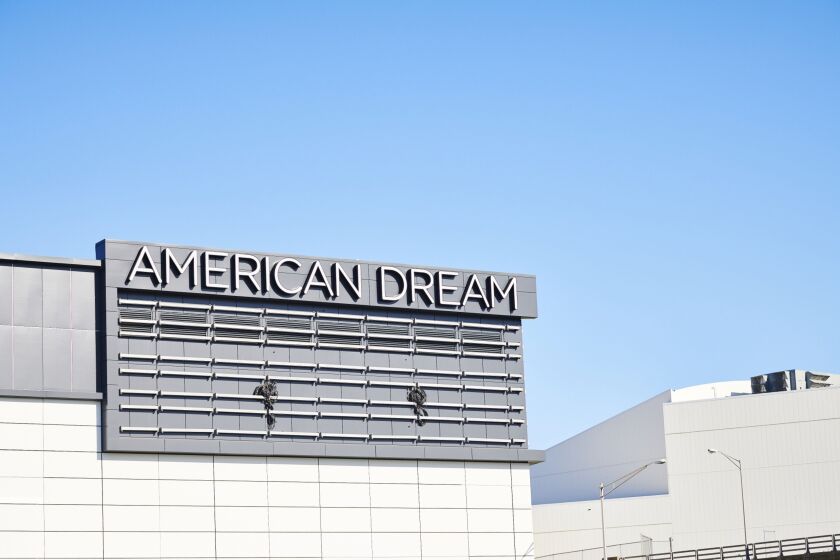 The $5 billion American Dream super mall in New Jersey’s Meadowlands had to tap into a reserve fund to make a bond payment as it copes with a cash flow crisis exacerbated by the coronavirus.

The 3.3 million-square-foot behemoth, which features an indoor ski slope, amusement park and water park, used the reserves to make a $9.3 million Aug. 2 payment on about $290 million of debt, according to a securities filing. American Dream has about $9.3 million left in the fund, enough to make its next debt payment on Feb. 1.

American Dream issued the municipal bonds, using the Wisconsin-based Public Finance Authority as a conduit, supported by a 75% pledge of sales tax receipts from purchases at the mall, in 2017. Developer Triple Five Group also sold $800 million of debt backed by payments the developers agreed to make to bondholders instead of paying property taxes, known as PILOTs.

“The economic shut-down and travel disruptions related to the pandemic could not have come at a worse time for the project, which had only partially opened and was already contending with a shifting retail landscape,” Washburn said in an email. “Now it needs to overcome concerns about congregating indoors with strangers.”

American Dream sales tax bonds due in 2024 last traded June 9 at 105 cents on the dollar, indicating that the cash crunch hasn’t fazed investors.

Nuveen LLC, the biggest holder of American Dream’s muni debt, wrote in a July note to investors that it expected reserves to fund a majority of the interest payment on the sales tax bonds. Triple Five Group is challenging its tax assessments for 2019, 2020 and 2021.

“Given space completion and tenant occupancy delays (18 to 24 months behind initial developer projections), sales tax receipts are anticipated to miss projections for the near term,” the Nuveen note said.

American Dream, located across the Hudson River from New York City, opened the doors of its entertainment complex in October 2019, almost two decades after a mall on the site was first proposed. Five months later, Covid-19 tore through New York and New Jersey, spurring lockdowns to contain the public health emergency and postponing the opening of the mall’s retail stores until October 2020.

This month American Dream reported $78.1 million in second quarter gross sales, a 27.4% increase compared with the first quarter, according to a securities filing. The mall was 76% leased for the three months ending June 30.