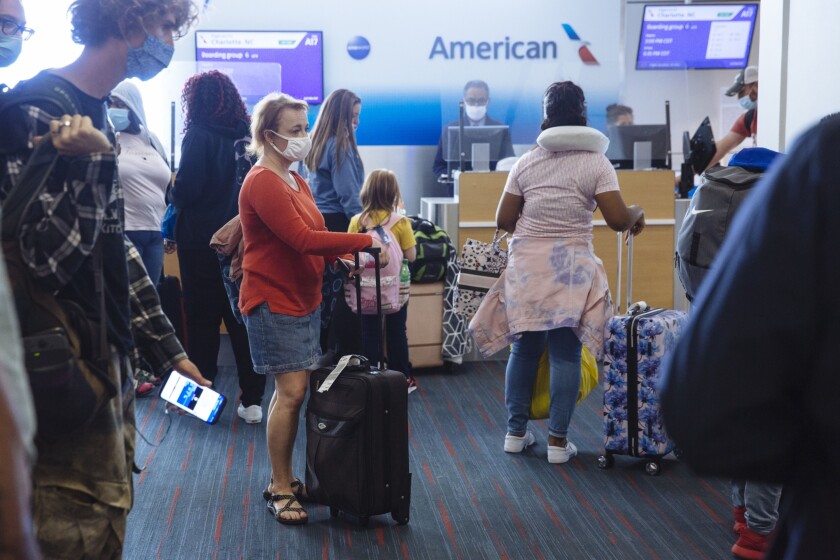 Fitch Ratings said Tuesday it has revised the outlooks to stable from negative on 18 large airports and major airline hub facilities and affirmed their ratings.

Fitch said the actions “reflect the diminished operational and financial risks that have challenged airports since early 2020 due to a combination of improving passenger volumes in recent months, the effective management oversight of budgets, and the financial relief accommodated by federal aid that appear to mitigate revenue impairments.”

Last month, Fitch issued a report detailing the revisions to the forward-looking U.S. air traffic assumptions due to the strong rebound in domestic air travel driven by increased U.S. vaccinations and a surge in U.S. leisure air traffic.

Fitch noted travel volumes are expected to see additional growth in the second half of the year and beyond, as business and international travel climbs from pandemic lows.

The following airports were affected:

Fitch said while the airports will still have risk exposures around traffic and revenue improvement, the progress suggests lessened fiscal strains, with airports better positioned to restore metrics to levels consistent with current rating levels.

Unspoilt Acreage In Montana’s Big Sky Country Hits The Market For $14 Million
The first ETF is 30 years old this week. It launched a revolution in low-cost investing
What is a ‘rolling recession’ and how does it affect consumers? Economic experts explain
‘Questions need answering’ over Zahawi tax affairs, says Sunak
Legal coalition to advocate for local governments in high-profile cases