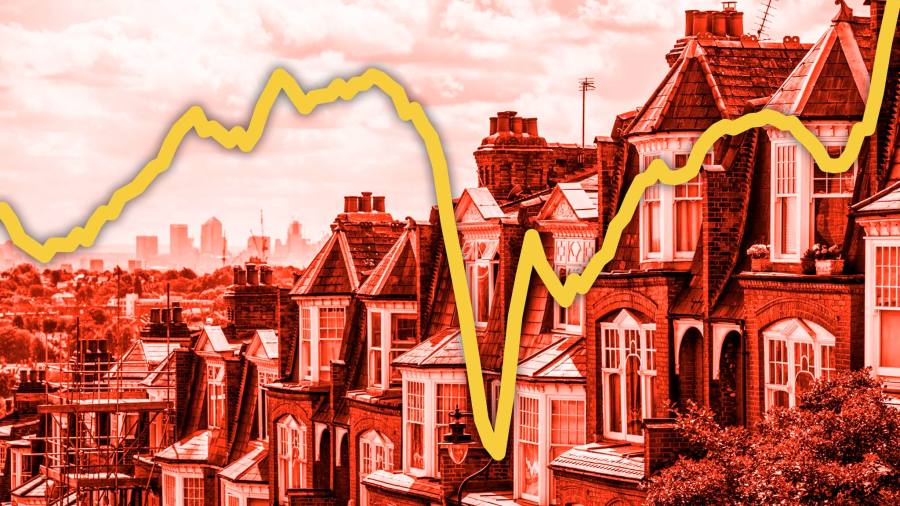 House prices are booming in almost every major economy in the wake of the coronavirus pandemic, forging the broadest rally for more than two decades, and reviving economists’ concerns over potential threats to financial stability.

Of the 40 countries covered by OECD data, just three experienced real-terms house price falls in the first three months of this year — the smallest proportion since the data series began in 2000, analysis by the Financial Times found.

Historically low interest rates, savings accumulated during lockdowns and a desire for more space as people work from home are all fuelling the trend, analysts said.

In the short term, house price growth can be “a good thing for the economy because people who already own homes feel richer and they can spend more due to the valuation of their assets”, said Claudio Borio, head of the monetary and economic department at the Bank for International Settlements, the bank for central banks.

However, if it persists it could turn in to an unsustainable boom that could eventually push activity “into reverse”, particularly when accompanied by strong credit expansion, he warned.

Annual house price growth across the OECD group of rich nations hit 9.4 per cent — its fastest pace for 30 years — in the first quarter of 2021, as economies rebounded from last year’s severe coronavirus-triggered recessions.

Deniz Igan, deputy chief of the macro-financial division in the IMF’s research department, noted the “strong house price growth over the past year in most parts of the northern hemisphere”.

National data suggest that the broad-based trend continued in the second quarter. In the US, house prices rose at their fastest annual rate in nearly 30 years in April.

Strong growth persisted in the UK, South Korea, New Zealand, Canada and Turkey, among others.

Some nations are showing signs of “housing fever”, according to Enrique Martínez-García, senior research economist at the Federal Reserve Bank of Dallas. He attributed the development to fiscal and monetary stimulus during the pandemic.

Why are prices rising?

In addition, many households, particularly those that were already better off, have accumulated large savings since the start of the pandemic as lockdowns limited spending while some jobs were protected.

“A lot of this additional income has been allocated to the housing market,” said Martínez-García.

At the same time, more people decided to move house, often to larger properties in quieter places, following long hours spent at home during lockdown. They crowded into property markets that were already busy with pent-up demand from households that had postponed moves.

The situation has been “amplified by lack of supply and increasing building prices”, according to Mathias Pleissner, economist at the rating agency Scope Ratings. Construction inventories have shrunk as global supply chains came under pressure, and the cost of materials such as steel, timber and copper has risen rapidly.

Brett House, deputy chief economist at Canada’s Scotiabank, warned of “a structural supply-demand imbalance [in housing inventory] . . . that is only going to heat up” in the months ahead.

Is it a bubble?

Adam Slater, lead economist at Oxford Economics, said properties in advanced economies were about 10 per cent overvalued compared to long-term trends. That makes this boom one of the biggest since 1900, he calculated — although nowhere near as big as the run-up to the financial crisis.

However, he also noted that some factors pushing up prices were temporary, such as government tax incentives and pandemic-related economic dislocations including the disruption to global supply chains caused by delays at ports.

Credit growth is lower than before the global financial crisis, suggesting “a lower risk of a bust compared to, say, 2006-2007”, he said.

Mortgage growth was driven largely by people with strong financial positions, and across most advanced countries households were less indebted than before the financial crisis, suggesting a lower risk that the situation would follow the same path with a wave of defaults and fire sales, Igan at the IMF argued.

One key factor is different from the situation nearly 15 years ago: central banks scarred by the previous housing bust are now more vigilant.

The Reserve Bank of New Zealand has added house prices to its mandate and the European Central Bank has asked the EU statistics agency to include house prices in its headline inflation calculation.

Aditya Bhave, economist at Bank of America, said policymakers around the world were “now acutely aware of the risks around housing policy”. In contrast to 2008, that “meaningfully reduces the chances of an adverse outcome”, he added.

Exploring Parallel Channels
Rental housing bonds under pressure, social flying high
Biden administration rolls out a blueprint for a ‘renters bill of rights’ – Here’s what it includes
US and Germany to send main battle tanks to Ukraine
State transportation challenges, opportunities in the year ahead