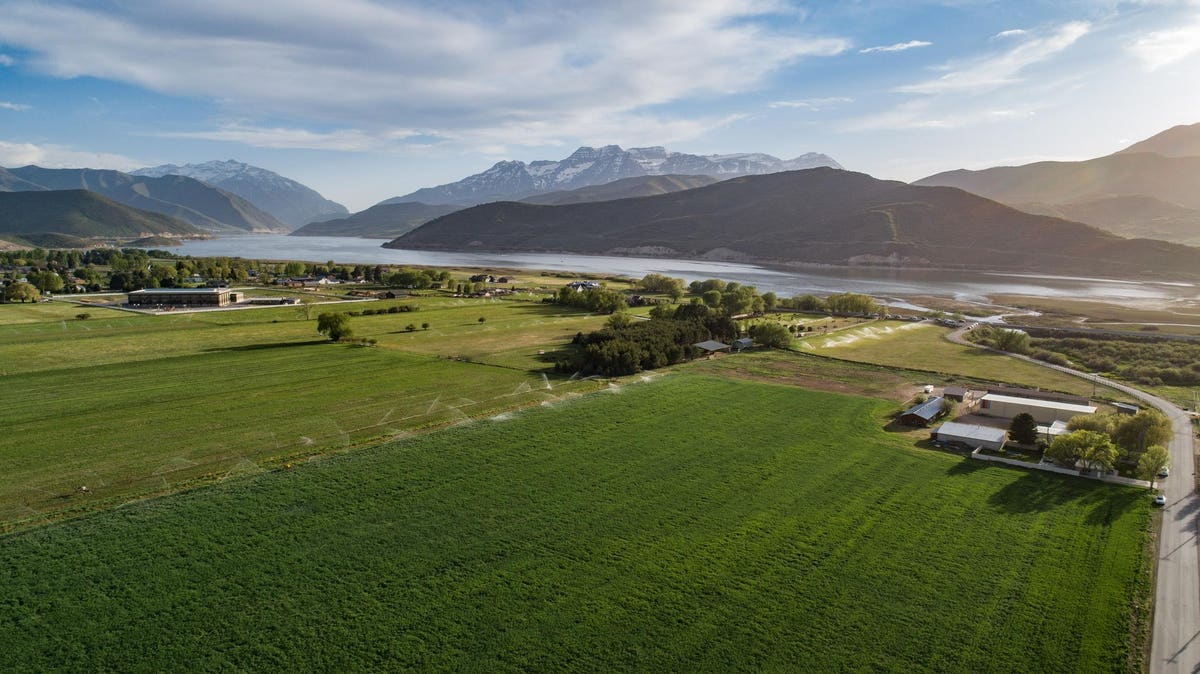 It seems as though actor and director Robert Redford is capitalizing on the real estate boom in the West, as he has officially listed his stunning Utah horse ranch for $4.9 million.

There are also riding facilities that include a hay barn, four-stall breezeway barn, covered horse stalls and horse pasture. The hobby houses evoke the Old West and have a truly rustic and authentic feel.

Redford has created a sanctuary for horses here, and the property operates as a working ranch. It also is a sanctuary for those who live there, as the property borders the northern edge of the Deer Creek Reservoir and the Provo River. It also overlooks the 12,000-foot Mount Timpanogos, the second-highest of the Wasatch Mountains.

There are seven structures total on the property. Each building features a modest, yet clean design, ideal for small families. The farmhouse features two bedrooms and two bathrooms, as well as a back patio and fenced-in yard. There is also a formal living room and a family room with a river rock fireplace. The hobby houses feature work rooms, wood-working benches and partial kitchens.

He first purchased the property in 1996 for his horses to exercise during the winter, and Horse Whisper Ranch’s name was inspired by the 1998 Western drama film The Horse Whisperer, directed by and starring Redford.

In the 1950s, Redford fell in love with Utah when he rode his motorcycle from California to college at University of Colorado.

Redford is an environmentalist that is committed to preserving land for future generations. While he was owner of Sundance Mountain Resort, he preserved 1,845 acres of its 2,600 acres through a conservation easement and protective covenants. He and his family also partnered with Utah Open Lands to permanently protect more than 300 acres of pristine wildlife habitat, streams and wetlands.

The picturesque property is perfect for those who seek an outdoors lifestyle surrounded by the most pristine nature in the United States and nearby plenty of activities. Future residents are afforded sunset, sunrise and mountain views. There are many incredible restaurants, museums and things to do nearby, especially so close to Park City, home to phenomenal skiing, and Utah’s capital, Salt Lake City.

This beautiful home is c0-listed by Jaisa Bishop of Windermere Real Estate and Luxury Portfolio International and Steve Mavromihalis of Compass.