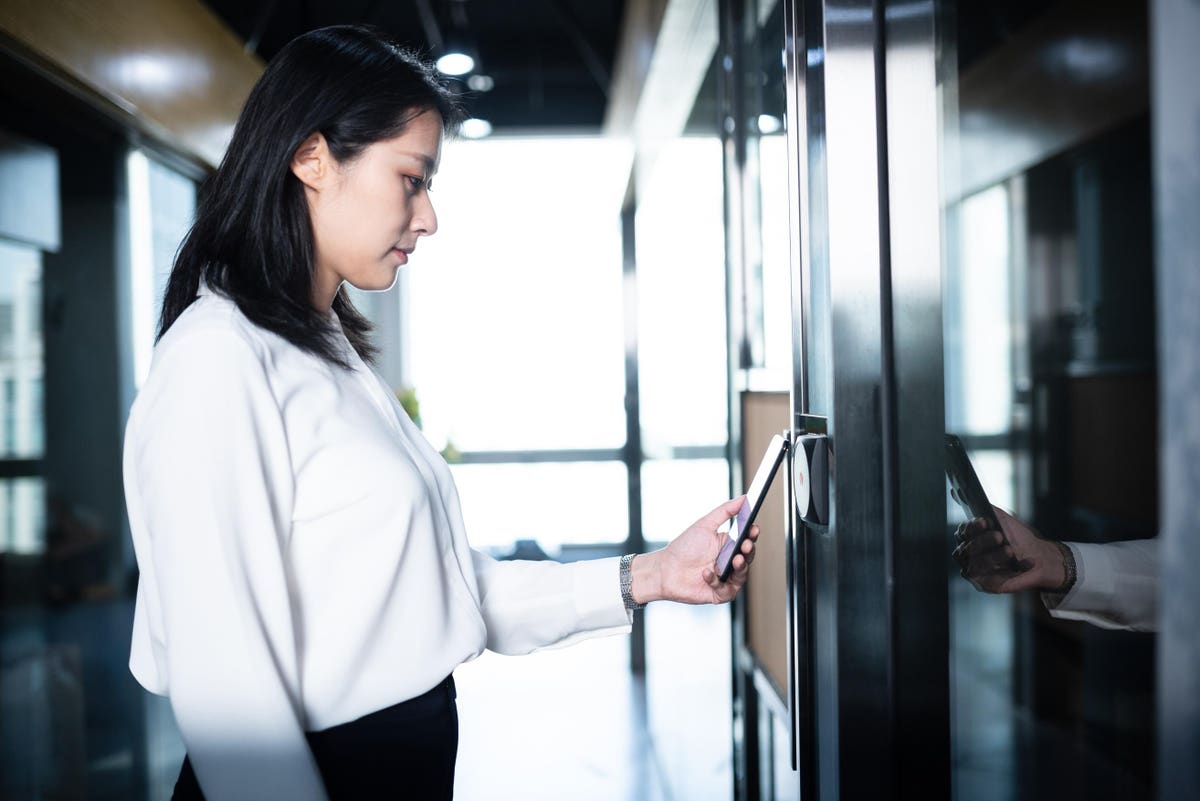 Smart-lock startup Latch began trading Monday through a SPAC listing that raised $453 million and values the company at over $1.5 billion. The shares, issued through a special purpose acquisition vehicle run by Tishman Speyer Properties, rose 4% on the first day of trading.

“Using the Tishman Speyer portfolio as an incubator for new ideas and new products…was really just too good to pass up,” says Latch’s cofounder and CEO, Luke Schoenfelder, who made the Forbes Under 30 list in 2018.

Latch, which had revenue of just $18 million last year, was founded in 2013 and is best known for its smart-locks, which can be unlocked with a smartphone. Schoenfelder and his cofounders stumbled on the concept after trying to solve a simpler problem: “How do you run out of orange juice in the morning and have a fresh carton delivered directly into your refrigerator at the end of the day?” Latch’s CFO Garth Mitchell told Forbes earlier this year.

The team realized that property access was the first hurdle to executing that concept, and soon homed in on the smart-lock market. They targeted residential properties at the outset, since the potential to scale was so much higher than commercial businesses.

Latch was valued at more than $400 million after its Series B round raised $126 million in 2019, when one-in-ten new multi-family projects across the U.S. utilized its technology. The company says it will use the new funding to expand into Europe and grow new business segments in the commercial space. A year ago, when offices shuttered and renters fled from major cities, things looked far more grim. “We had to make some tough choices in the spring to bring our burn down,” Mitchell says.

Now rental demand is rebounding in many urban areas and commercial landlords are eyeing the return of workers to offices, while new safety protocols have made contactless entry systems more appealing. Latch launched Visitor Express, a contactless system for offices, in early 2021. Overall it says its products have been purchased or reserved in over 300,000 units across the country, mainly residential. Revenue has risen from under $15 million in 2019 to $18 million last year, according to public filings, but losses have also swelled, from $50 million to $66 million.

The company followed many of its peers to market through a SPAC listing, which allows firms to skirt the scrutiny of a traditional initial public offering, including wading through some regulatory requirements and conducting roadshows that allow potential investors to question executives about opportunities and risks.

SPACs provide a faster way to market by taking a publicly traded shell company (the SPAC) and merging it with a target business like Latch. Investors in the shell company generally take large fees, creating a no-lose opportunity for many of their backers and a much riskier scenario for less sophisticated retail investors who are drawn to the hype.

Latch and its peers are now bellwethers for those risks, says Howard Schilit, author of Financial Shenanigans. Porch and Opendoor have already gone public through SPACs, while WeWork, Better, Sonder and Offerpad are planning listings to do so. And it’s not limited to real estate. PWC cited the “continued SPAC attack” as the driver behind 389 IPOs completed in the first quarter of the year that raised a total of $125 billion.

“There always have been successful SPACs, despite the fact that on average SPACs have never been a good investment for public shareholders,” says Michael Klausner, the Nancy and Charles Munger Professor of Business at Stanford Law School. He adds that “the SPAC bubble seems to be deflating. One never knows when a bubble will burst or fully deflate, but I think a reasonable inference from the market is that the deflation process is happening.”

Schoenfelder, for his part, insists that Latch would have gone public with or without a SPAC bubble, noting the multiple merger offers he fielded.

“If you look at the institutional investors that participated in our transaction…Fidelity, BlackRock, Wellington,” he says, “I think there would have been appetite in lots of different permutations.”